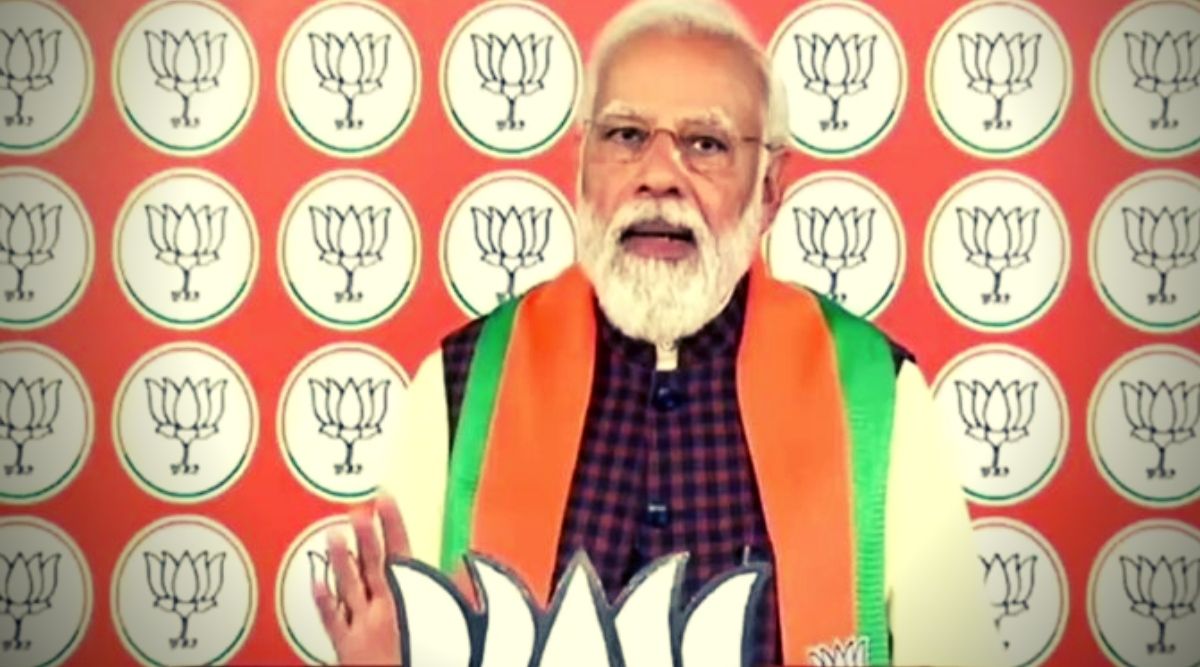 Was the weather bad or the weather didn’t work? Comedian made fun of PM’s rally canceled, people also started taunting

BJP’s first major and physical rally was to be held in Bijnor on Monday, 7 February. Prime Minister Modi also had to reach to address this rally but he could not reach the program. Bad weather was cited as the reason behind this. PM Modi apologized to the people for not being able to address the gathering and addressed the rally virtually. However, people on social media are taking a jibe at BJP and PM Modi by saying bad weather as an excuse.

Sharing the screenshot of the weather update, former IAS Surya Pratap Singh wrote on Twitter that PM’s Bijnor rally was canceled due to bad weather. The crowd did not come. Look, the sky is clear, there it is dry. In another tweet, Surya Pratap Singh wrote that BJP has accepted its defeat in western Uttar Pradesh. Rallies are not canceled just like this, whose head are you trying to break the blame of defeat, sir?

Comedian Rajiv Nigam wrote on Twitter when PM Modi did not reach the meeting that the weather was bad or the weather was not made. A user named Shivam Yadav wrote that not only did the weather happen, it also did not happen because the government here belongs to him. Had there been any other state, the threat of life would have been possible.

A user named KK Shukla wrote that despite bad weather, CM’s helicopter can land and PM’s helicopter will not be able to land. It seems to me directly a conspiracy of Nehru ji. Deliberately bring such technology to our country so that Modi ji’s helicopter does not land.

A user named Bhanwarlal Saran wrote that this is not Punjab. Those who can do drama, so these BJP people felt it right to cancel the rally. Recently, Priyanka Gandhi was doing a road show on a tractor even in the rain. If the media starts telling the truth, then today the Congress in UP is also taking a heavy toll on the BJP.

After PM Modi’s speech in Parliament, two Chief Ministers clashed on Twitter, there was a Twitter war between CM Yogi and Kejriwal

A user named Saurabh Yadav wrote that the people of East Uttar Pradesh to West Uttar Pradesh will bid farewell to BJP from power this time. BJP will not see clear sky from east to west till March 10. People made up their mind to oust BJP from power, BJP’s defeat is certain. A user named Prashant Yadav wrote that the rally being held by the government rally roadways bus was stopped, so now the rallies are canceled. The meaning is clear, BJP is clear.

The post Weather was bad or the weather didn’t make it? When the PM’s rally was canceled, the comedian made fun of him, people also started hitting and taunting appeared first on Jansatta.