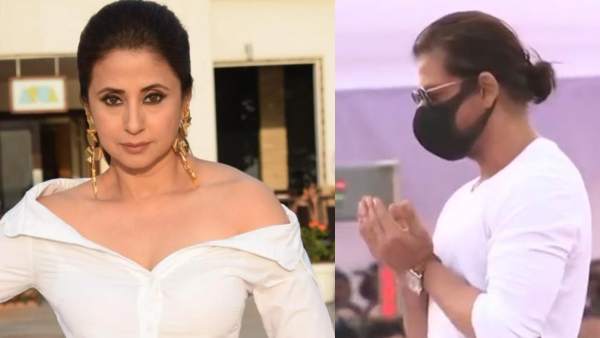 This culture is called India

Not only this, the actress wrote in a post on Twitter – “Shutna nahi duaon ko phoonna hai. This civilization, culture is called India.
The photos of the Prime Minister have been put up, something would have been learned from him. Listen to the song of Mother India’s precious daughter – “Ishwar Allah Tere Naam, God bless everyone, Sara Jag Teri Santan”……(If you leave today’s day)”

However, as soon as Urmila supported Shahrukh Khan, the trolls started targeting her too. One user wrote – “Urmila ji, why didn’t you sprinkle Gangajal on Dilip Kumar’s death, this is also the culture of India.”, while another user wrote – ‘You are playing politics in the funeral too.. ‘

But this time the country supported Shahrukh Khan and made such a picture of him viral, on seeing which everyone became emotional and still there was a smile on everyone’s face. In this picture, Shahrukh is seen praying for Lata Mangeshkar.

Another user wrote – There is no one like Shahrukh Khan and there will never be anyone. Your hatred forces us to love them more, to respect them more. You guys should be ashamed.