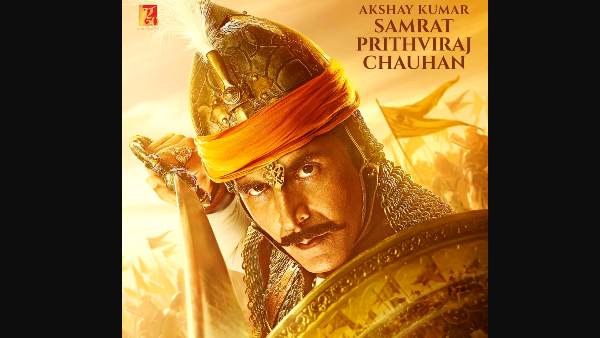 Sharing the poster of Manushi Chhillar, Akshay wrote- “Stay firm in vows, pure in love, such a princess Sanyogita, is the pride of India!”

The film is mainly inspired by Chand Bardai’s epic Prithviraj Raso. Prithviraj Raso is an epic written in Hindi which depicts the life and character of Prithviraj in the best possible way.

At the same time, sharing a glimpse of Sanjay Dutt, the actor wrote – “Bhima in valor, Narasimha in the battlefield, such emperor Prithviraj’s uncle and feudal lord, Kaka Kanh may be victorious.”

The film’s director Chandraprakash Dwivedi feels that the tales of great warriors like Prithviraj are highly relevant even in the present era, where good is in constant struggle with evil.

At the same time, sharing a glimpse of Sonu Sood, Akshay Kumar wrote – “Mercury in intelligence, Jupiter in policy, Kalidas in poetry, salute to such great poet Chand Vardai!”

Prithviraj Chauhan (reign: 1178-1192) had achieved military success against several neighboring Hindu kingdoms. In particular he was successful against the Chandela king Parmardidev. He also stopped the initial invasion of the ruler of the Ghori dynasty, Mohammad Ghori.

Talking about the film, Akshay Kumar had said, “It is our tribute to his valor and his life. The more I read about him, the more I was astonished at how he stood for his country and his values. How to live each and every moment of your glorious life.

story of a legend

He further added, “He is a legend, he is one of the bravest warriors and he is one of the most honest kings that our country has ever seen. We hope that Indians across the world would like to salute this mighty braveheart.” We have tried to present the story of his life in the most authentic way possible and the film is a tribute to his unmatched bravery and courage.”