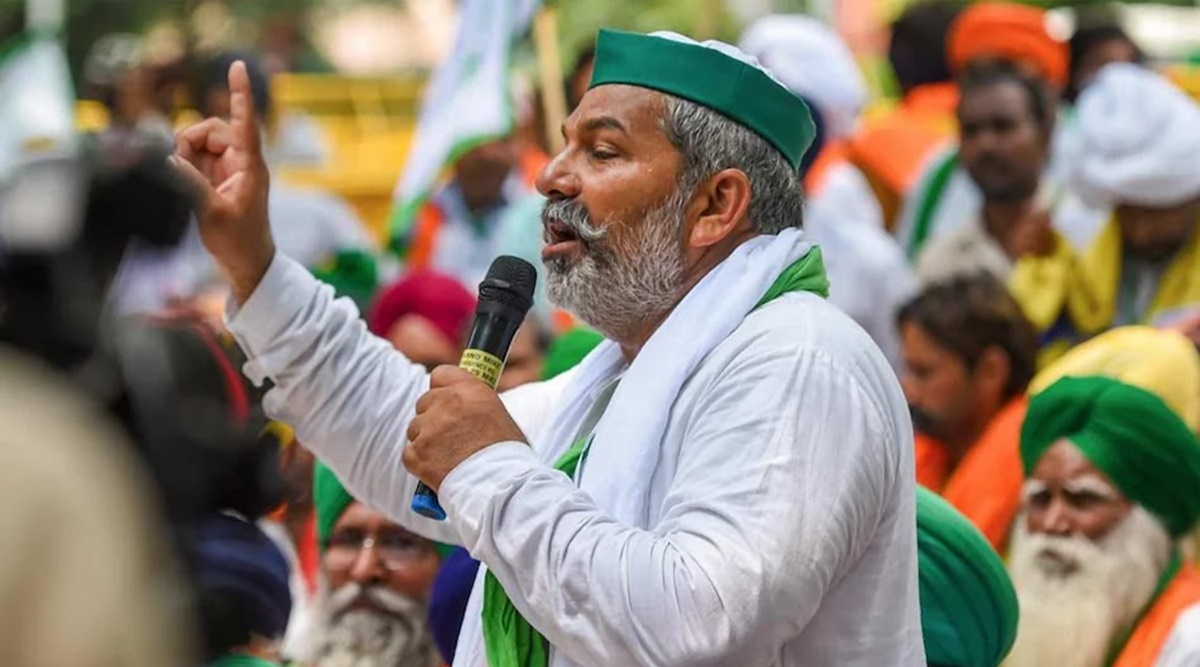 Not your fault in front of Modi? The question asked to Rakesh Tikait gave such an answer

Tikait said, “No man is bad, his policy is bad. The thing is that if he goes independent and no one’s pressure is on him, then he can do a lot of work.

Politics is hot in view of the assembly elections in Uttar Pradesh. From street to social media, election chuckles and debates are being seen. Rakesh Tikait, leader of Bharatiya Kisan Union has started Mission UP. They are seen as attackers against the ruling BJP government. During an interview, when he was questioned about the name of CM as well as PM Modi, he made a scathing remark. In a conversation with ABP News, Tikait took a jibe and said that if there is pressure, then the man cannot even work or speak openly.

Tikait said that when one has full power, he can work after consulting the public. Along with this, he praised former Prime Minister Manmohan Singh by mentioning him. Actually, during the conversation, he was asked that Yogi ji has done your three and a half jobs. But the policies that come from Delhi are not done properly and are messed up. What do you want to say that your working with Yogi ji is fine, but Modi ji does not allow your pulses to melt?

To which Tikait said, “We have said that no man is bad, his policy is bad. The thing is that if he goes independent and no one’s pressure is on him, then he can do a lot of work. Further referring to former Prime Minister Manmohan Singh, Tikait said, before 2007, we were importing wheat into the country from outside. Manmohan Singh called Ticket sahib and asked for a suggestion to grow wheat in the country itself and the Government of India accepted that suggestion. After that not even one kg of wheat has been imported from outside. Tikait said that advice can be given by any person, whether to follow it or not is the job of the governments.

Let us tell you that all the farmers’ organizations, including Tikait, had opened a front against the Modi government in protest against the agricultural laws. The long-running farmers’ agitation ended on December 11. The government had withdrawn the agricultural laws. Later, there was an agreement between the government and the farmers’ organizations on issues like forming a committee regarding MSP, withdrawing the cases registered against the protesting farmers during the agitation and giving compensation to the families of the deceased farmers and on this condition the movement was ended. Was.

However, now Tikait is accusing the government of breach of promise and is appealing to the people in the UP elections to question the leaders who come to seek votes. They themselves are surrounding the Modi-Yogi government on all the platforms.