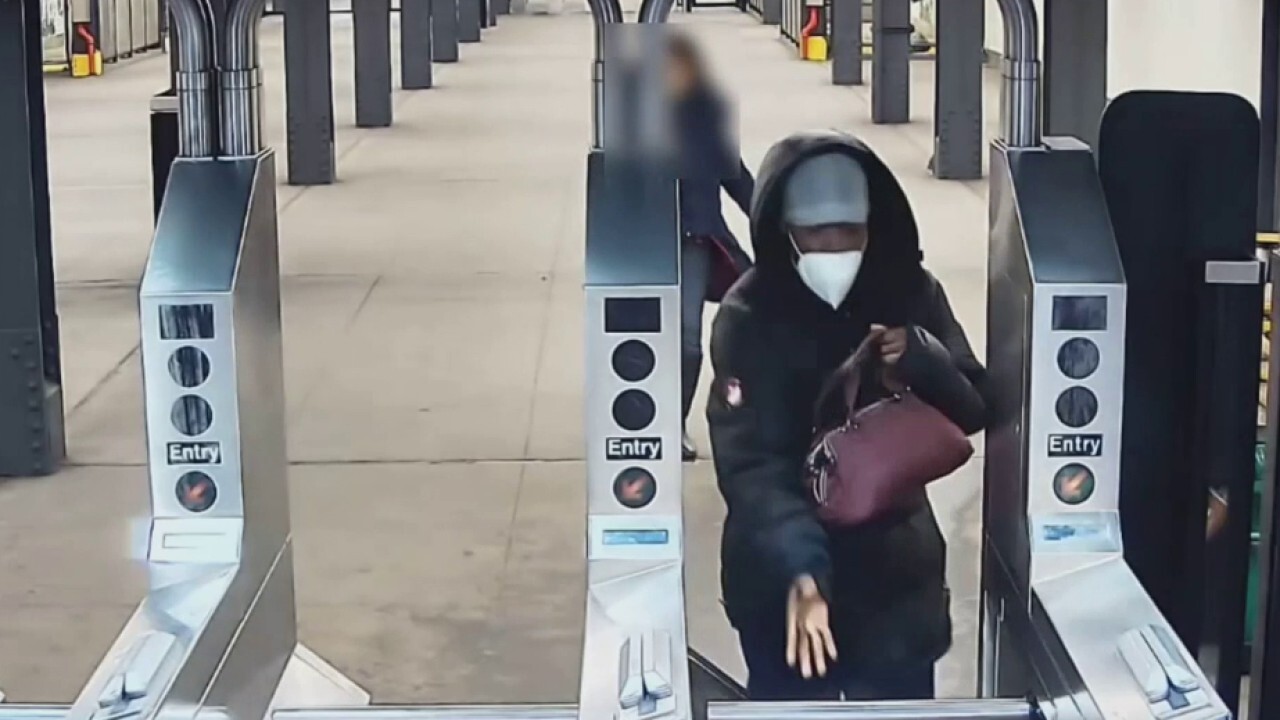 NYPD is looking for a man caught on camera stealing a woman’s purse during a brazen Manhattan subway attack.

Surveillance video shows the incident, which happened at the West 163rd Street station near Saint Nicholas Avenue in Washington Heights at around 6 pm Thursday.

NYPD says the male suspect approached the victim, displayed a knife and tried to take her cellphone.
(NYPD Crime Stoppers)

The male suspect approached the victim, a 43-year-old woman, displayed a knife and tried to take her cellphone, according to police.

The two were involved in a brief struggle before the man grabbed the woman’s purse instead and ran away.

The purse was later recovered, but the money that was previously inside it was gone. The victim was not injured during the mugging.

Anyone with information regarding this incident is asked to call the NYPD’s Crime Stoppers Hotline at 1-800-577-TIPS (8477) or for Spanish, 1-888-57-PISTA (74782). The public can also submit their tips by logging onto the Crime Stoppers website, or on Twitter YNYPDTips.