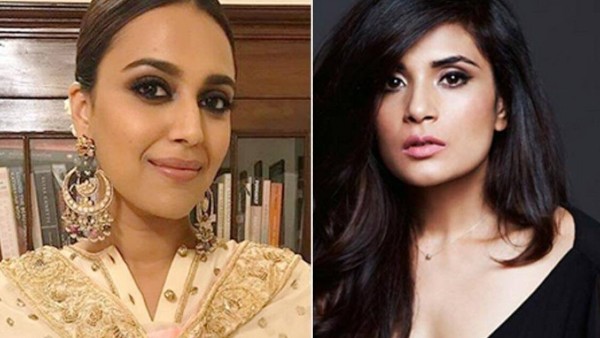 After a controversy over the wearing of hijab by Muslim girls in Karnataka, a video went viral on which the reaction of people is continuously coming to the fore on social media. On this matter, Bollywood actress Richa Chadha and Swara Bhaskar have also expressed their opposition and called it wrong. This viral video is being told of a college in Karnataka.

Where a student wearing a burqa reaches the campus of the college. A bunch of boys wearing saffron scarves present there shout slogans against the girl. Then it all start chasing the girl.

With this, Richa Chadha has expressed strong condemnation while sharing this video and has written that raise your sons in a better way. A group of cowards attack a single woman. Are you proud of him? How many losers are there? Shameful They will become unemployed, more depressed and impoverished in a few years. Such poor upbringing no sympathy for them.

Zeeshan Ayyub – These goons were and are. You know your children.

Actor Zeeshan Ayyub has also expressed his sharp reaction by posting the video regarding this matter and has written that there will be no benefit of going to his school and college. These goons were and are. You know your children. Voted to make my generation like this. I admire the courage of this girl. I say again that these people are against the education of girls.

Filmmaker Neeraj Ghaywan has also condemned the incident and tweeted that the massacre is at the door. Progressive-friendly Hindus have to remove the hatred within themselves. Accountability has to be demanded. Forced action has to be taken.

According to media reports, the protest against the hijab started last month at the Government Women’s PU College in Udupi. Where 6 girl students have alleged that they were stopped from coming to class because of wearing headscarf.

Raise your sons better! A bunch of ugly, cowards attacking a lone woman in a pack and feeling proud of it ? WHAT LOSERS! Shameful. They’ll be jobless, more frustrated and penniless in a few years. What poor upbringing! No sympathy, no redemption for them. I spit on your kind.

Genocide is at the doorstep. It’s not just on Muslims (and Dalits) to fend for themselves. Progressive well-meaning Hindus will have to call out the hate within, demand accountability & force action!
Your silent disassociation is meaningless.pic.twitter.com/9P9dHCndcO

There was no use of going to their school, college and there will be no use, they were and are goons. You guys recognize your children, you voted to make your generation like this!!!
Kudos to the brave girl..again they are afraid of Girls getting education.