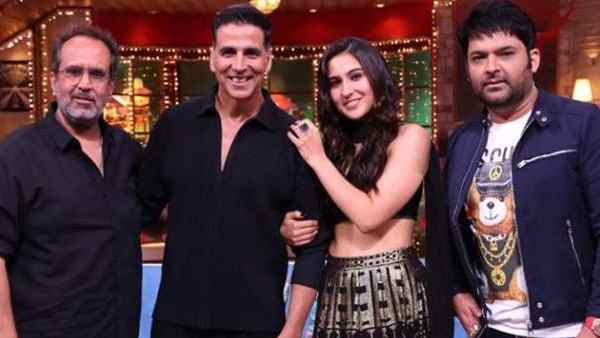 Actually, during the promotions of Atrangi Re, Akshay Kumar and Kapil Sharma had a scuffle where Prime Minister Narendra Modi joined in the jokes. After shooting it, Akshay Kumar asked to edit this part and it was also edited in the episode.

It is worth noting that ever since Akshay Kumar is personally associated with the BJP and the Prime Minister, since then he tries to stay away from any controversy related to him. Because of this, Akshay Kumar has been a victim of trolls and criticism many times in the past.

Recently edited episode of Akshay Kumar and Kapil Sharma A clip containing jokes of Narendra Modi got leaked from somewhere on the internet and people started trolling Akshay Kumar. Due to this, Akshay Kumar got angry with Kapil Sharma. He believes that the leak of the clip despite his refusal shows his irresponsible and unprofessional attitude. And this is the only reason why Akshay Kumar refused to promote Bachchan Pandey on The Kapil Sharma Show.

Dear friends,was reading all the news in media about me n Akshay paji, I have jus spoke to paji n sorted all this, it was jus a miss communication, all is well n very soon we r meeting to shoot Bachhan pandey episode. He is my big bro n can never be annoyed with me thank you 🙏

Kapil Sharma has issued a statement on Akshay Kumar refusing to shoot with him after a clip mocking Narendra modi leaked from Kapil Sharma’s set. Akshay has refused to shoot for Bachchan Pandey episode.