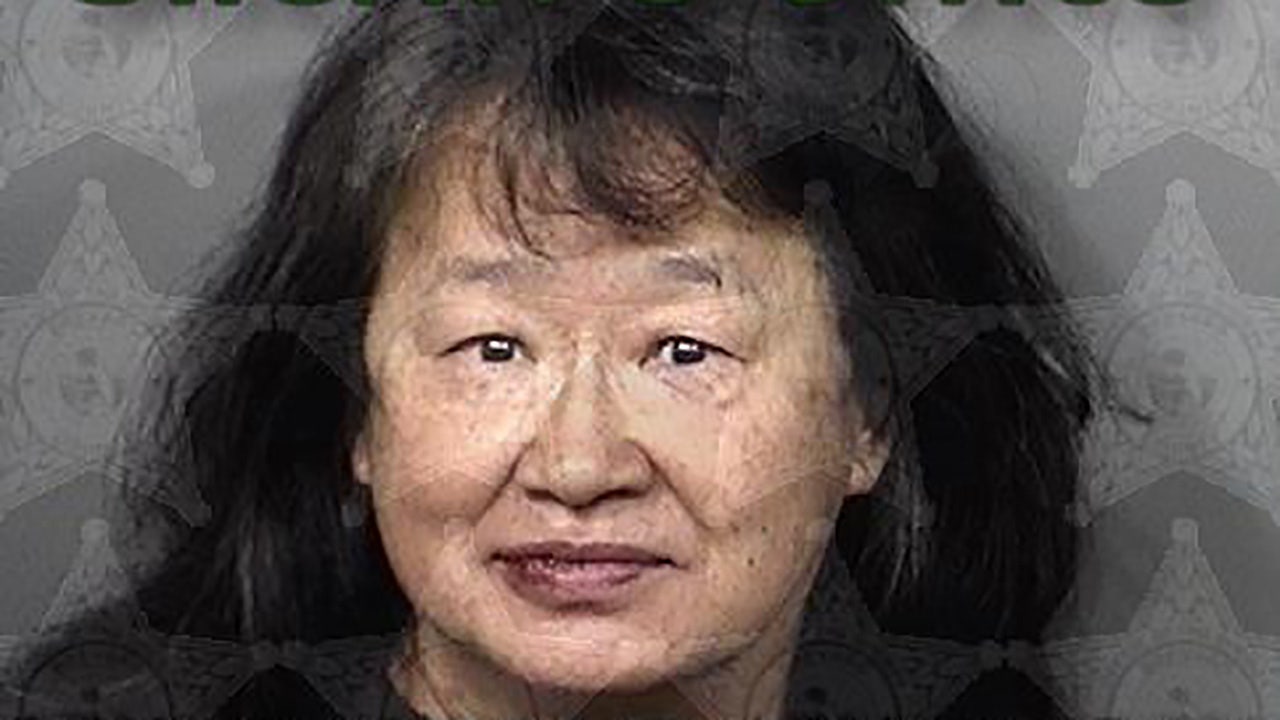 A Florida woman allegedly stabbed two neighbors with a steak knife after accusing them of blowing leaves onto her lawn, authorities said.

Kyong Moulton, 66, told Palm Bay police that she came home on Sunday and found the leaves on her front lawn, believing that her neighbors from across the street left them there, according to an arrest affidavit obtained by FOX35 Orlando.

Police said Moulton then decided to use a leaf blower to blow the leaves back onto her neighbor’s lawn. The neighbor and his 87-year-old mother then confronted Moulton, and the three became embroiled in an argument.

Kyong Moulton, 66, was charged with two counts of aggravated battery and one count of battery on a person 65 years of age or older, according to online jail records. Moulton has denied stabbing anyone.
(Brevard County Sheriff’s Office)

When the man’s sister tried to help, Moulton allegedly slapped her in the face and a struggle ensued.

During the fight, the affidavit says Moulton stabbed the man’s sister in the left leg with a steak knife. When the man tried to intervene, he said he was stabbed in his left arm.

The siblings also accused Moulton of pushing their 87-year-old mother to the ground.

Moulton has denied stabbing anyone with a knife, according to the report.

She was charged with two counts of aggravated battery and one count of battery on a person 65 years of age or older, according to online jail records.