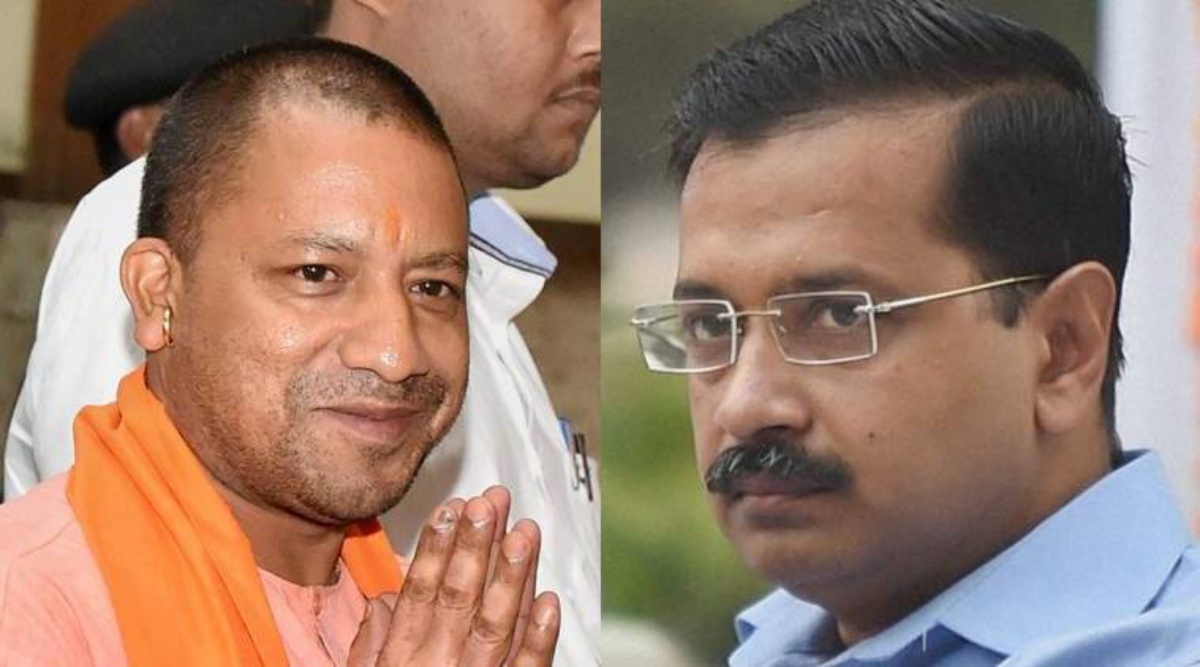 Uttar Pradesh Chief Minister Yogi Adityanath and Delhi CM Arvind clashed with each other on Twitter. Vinod Kapri has blamed PM Modi for this.

The election season in Uttar Pradesh is heating up day by day. Meanwhile, the debate on social media between Uttar Pradesh Chief Minister Yogi Adityanath and Delhi CM Arvind Kejriwal went viral on Twitter. The choice of language and words of both the Chief Ministers is being fiercely criticized. Meanwhile, journalist and filmmaker Vinod Kapri has also condemned this tone of both the CMs and blamed Prime Minister Modi for it. Actually, in his speech in PM Modi, Kejriwal had attacked the government. After this, Kejliwal called PM Modi a liar after his speech in Parliament.

There was a heated argument between the Chief Ministers of UP and Delhi when Yogi Adityanath tweeted and wrote, ‘Listen Kejriwal, when the whole humanity was moaning due to the pain of Corona, at that time you forced the workers of UP to leave Delhi. . Your government did an undemocratic and inhuman act like leaving even small children and women helpless on the UP border in the middle of the night, call you a traitor or…’

After this tweet of Yogi Adityanath, CM Kejriwal also replied in his tone and tweeted, ‘Listen Yogi, you should be there. Just like the dead bodies of the people of UP were flowing in the river and you were giving advertisements of your false applause in Times magazine by spending crores of rupees. I have never seen such a ruthless and cruel ruler like you.’

Such an acrimonious dialogue between the two chief ministers went viral on Twitter within minutes and filmmaker Vinod Kapri blamed PM Modi for the dialogue. Vinod Kapri tweeted, ‘Political discourse between two Chief Ministers has reached this level. The reason is – on the floor of the Parliament, Modi is continuously lying on the floor of the Parliament by lowering the dignity of the post of Prime Minister.

He wrote in another tweet, ‘In 8 years, the discourse of political leaders has reached this disgusting level. Two chief ministers are openly using slang language for each other. A chief minister is blocking the governor. If Modi had not lowered the dignity of the post of Prime Minister, then all this would not have been seen.

Vinod Kapri wrote in another tweet, ‘I want to understand what was the political compulsion of Modi that to hide all his failures (especially the exodus of crores and the death of lakhs) today after two years he was given a seat in Parliament. After lying constantly? That too after almost two years. Someone decode it and tell.’

Amidst the Uttar Pradesh elections, these tweets of Yogi Adityanath and Arvind Kejriwal are becoming fiercely viral. Along with this, the Prime Minister’s speech in Parliament and all his clips are also making headlines on the Internet.