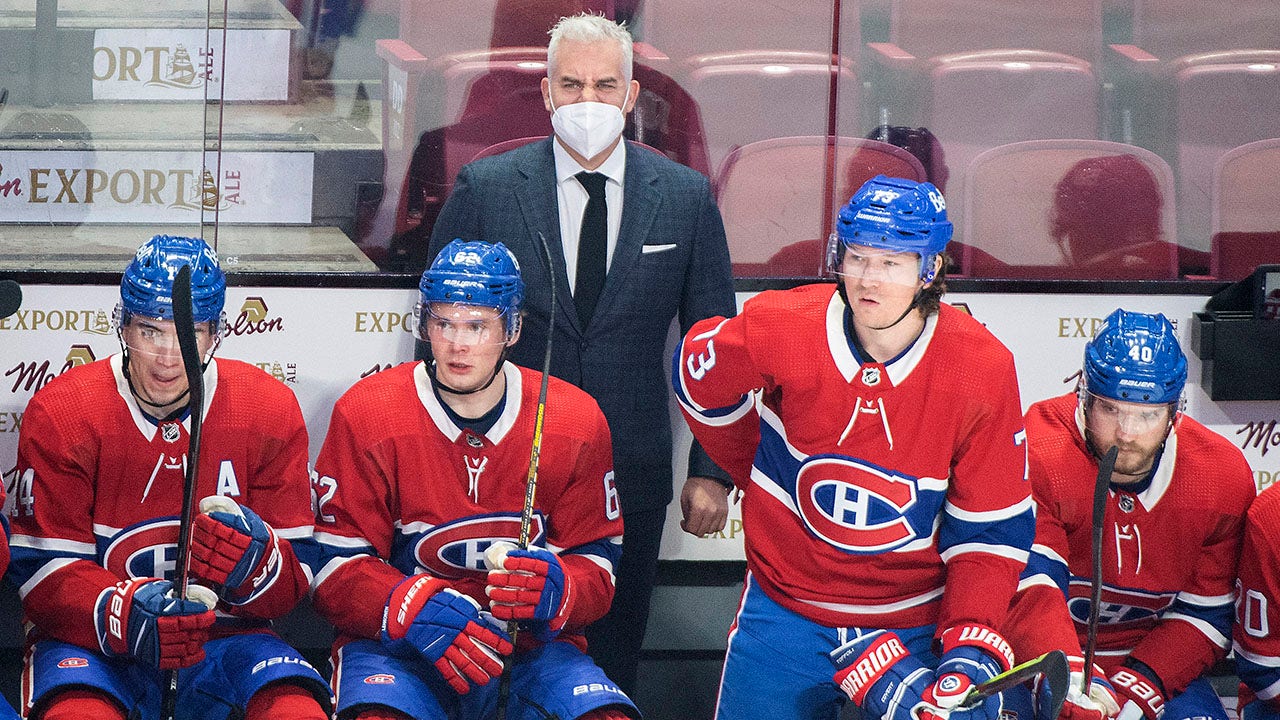 The Montreal Canadiens fired coach Dominique Ducharme on Wednesday and made Hall of Famer Martin St. Louis the interim coach of the team with the NHL’s worst record.

Ducharme was dismissed after Montreal began its season with a dismal 8-30-7 record for a league-worst 23 points. The 48-year-old’s last game was a 7-1 loss to the New Jersey Devils on Tuesday, Montreal’s fifth straight defeat.

The Canadiens went 23-46-14 in 83 regular-season games under Ducharme and 13-6 in postseason play, making the Stanley Cup final for the first time since 1993.

Montreal Canadiens head coach Dominique Ducharme looks on from behind the bench during an NHL hockey game against the New Jersey Devils in Montreal, Tuesday, Feb. 8, 2022. The Montreal Canadiens have fired head coach Dominique Ducharme. The 48-year-old was relieved of his duties Wednesday, Feb. 9, 2022 after Montreal began its season with a dismal 8-30-7 record for a league-worst 23 points.
(Graham Hughes / The Canadian Press via AP)

“We would like to sincerely thank Dominique for his work and contributions to the Montreal Canadiens organization. At this point in the season, we felt it was in the best interest of the club to make a change,” Canadiens general manager Kent Hughes said. a statement.

St. Louis had 391 goals and 1,033 points in his 16-year career, helping the Tampa Bay Lightning win the 2004 Stanley Cup. He also played for the Calgary Flames and New York Rangers.