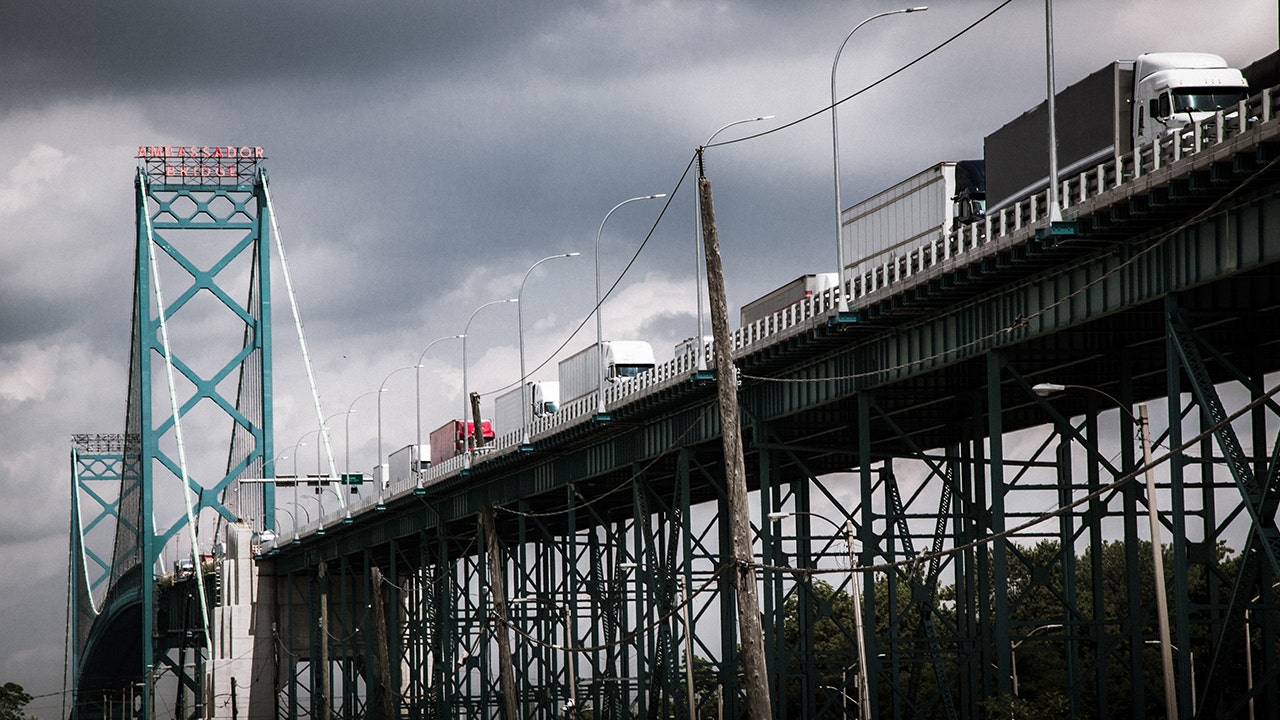 The busiest border crossing in North America was shut down as Canadian truckers protesting their country’s vaccine mandates made it to the Detroit-Windsor border, causing traffic on the highway to Detroit.

“It doesn’t make sense as they shouldn’t be blocking the borders or the roads,” Canadian truck driver Nav Aulch told Click on Detroit.

“Can’t get upset,” one of the truckers told Click on Detroit. “I’m not the only guy stuck out here. Fortunately, I do have a sleeper cabin. I feel bad for those drivers that don’t have that option.”

CANADIAN PROTESTERS SAY NO ‘HATRED’ OR VIOLENCE HERE, THEY’LL BE REPORTED TO POLICE: ‘ALL ON SAME PAGE’

Officials are directing the travelers to use the Windsor-Detroit Tunnel or the Port Huron Blue Water Bridge instead of the Ambassador Bridge.

Business leaders also sounded off that closing the busiest international border crossing in the US will create supply chain issues.

“Any delay or disruption in the supply chain creates problems, not just for agriculture but the state economy,” Chuck Lippstreu, president of the Michigan Agri-Business Association, told The Detroit News.

The Freedom Convoy of truckers left Vancouver for Ottawa on Jan. 23 to protest the federal government vaccine mandates for cross-border truckers and is calling for an end to coronavirus restrictions. The convoy reached Ottawa last weekend, and protests have since spread to other areas of Canada.