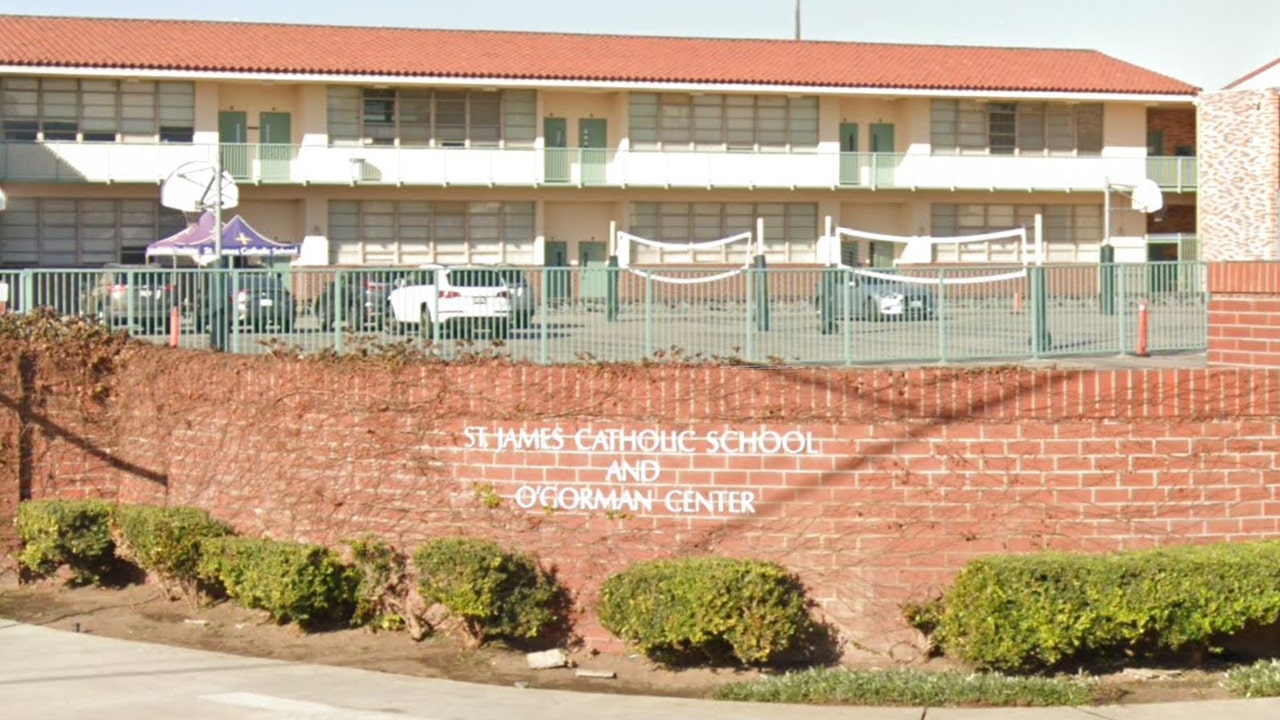 A nun who was principal of a Catholic elementary school in California has been sentenced after she stole hundreds of thousands of dollars from the school for her personal expenses and to bankroll her gambling habit, federal authorities said Monday.

Mary Margaret Kreuper, 80, was sentenced to one year and a day in federal prison and ordered to pay $ 825,338 in restitution, the US Attorney’s Office said.

Despite her nun’s vow of poverty, the principal of 28 years admitted to stealing $ 835,339 from St. James Catholic School in Torrance over a period of 10 years to pay for personal expenses that included gambling trips, according to prosecutors.

Mary Margaret Kreuper, 80, was charged with one count of wire fraud and one count of money laundering in July 2021 and has agreed to a plea deal for allegedly embezzling $ 835,000 while she was the principal at St. James Catholic School in Torrance, Calif.
(Google)

“On an annualized basis (approximately $ 83,000 per year), [Kreuper] stole the equivalent of the tuition of 14 different students per year, “prosecutors said.” These funds were intended to further the students’ education, not fund. [Kreuper’s] lifestyle. “

Prosecutors said parents and students described how Kreuper would tell them the school lacked resources and money to pay for field trips and a new awning at the elementary school.

Kreuper, who retired in 2018, had pleaded guilty in July 2021 to one count of wire fraud and one count of money laundering.

“I have sinned, I have broken the law, and I have no excuses,” Kreuper told the judge in court Monday, according to the Los Angeles Times, and asked to be shown mercy and spared from prison.

US District Judge Otis D. Wright II said he struggled with handing down a punishment to fit the crime, citing how Kreuper had been “one of the hack of a teacher” during her 62 years as a nun, the paper said.