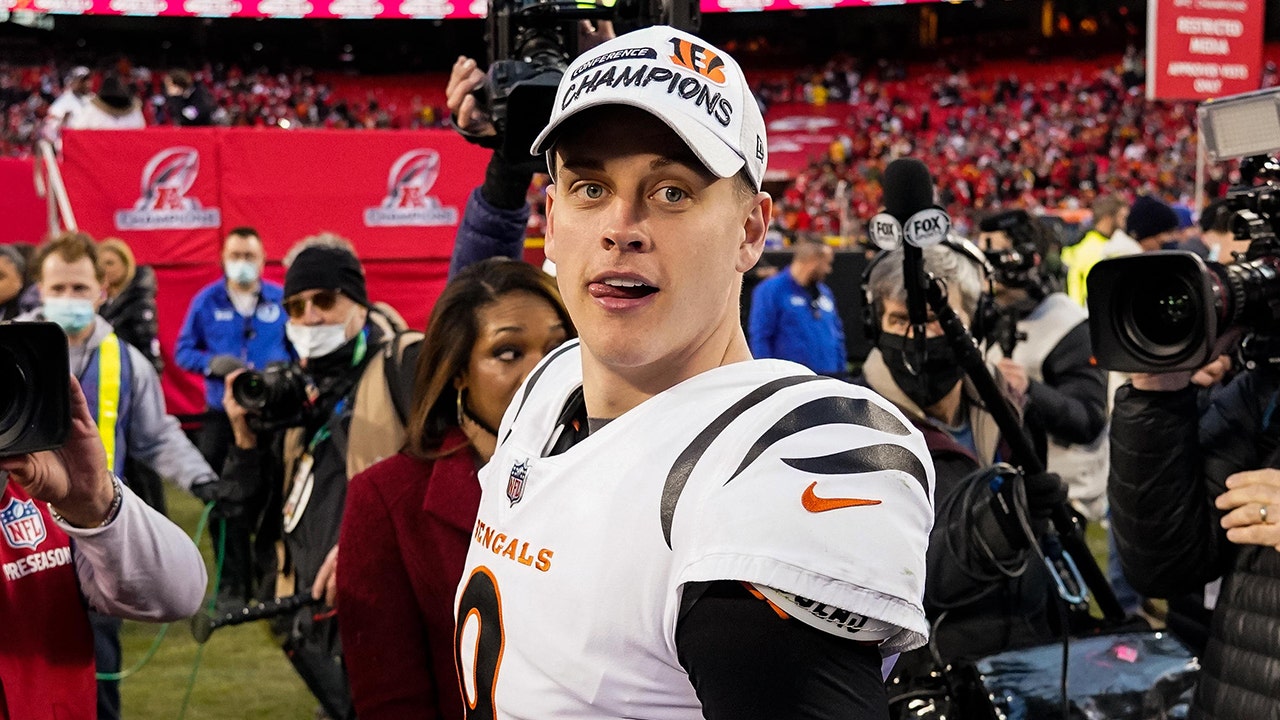 Cincinnati Bengals quarterback Joe Burrow spoke to reporters days before the Super Bowl and gave important advice to young athletes who use social media on a daily basis.

Joe Burrow # 9 of the Cincinnati Bengals drops back to pass in the second quarter against the Las Vegas Raiders during the AFC Wild Card playoff game at Paul Brown Stadium on January 15, 2022 in Cincinnati, Ohio.
(Dylan Buell / Getty Images)

Burrow was asked what he would pass along to up-and-coming athletes if they want to play in a Super Bowl one day, and the former Heisman Trophy winner said it’s important to be at your best when nobody else is watching.

“Focus on getting better,” Burrow said on Monday. “Don’t have a workout and post it on Instagram the next day and then go sit on your butt the next day and everyone thinks you’re working hard but you’re not. Work in silence. Don’t show anyone what you ‘re doing. Let your performance on Friday nights and Saturday nights and Sunday nights show all the hard work you put in. Don’t worry about all that social media stuff. “

Last week, Burrow completed 23 of 38 passes for 250 passing yards with two touchdowns to lead the Bengals to a 27-24 overtime victory over Patrick Mahomes and the Kansas City Chiefs in the AFC title game. Now, Burrow will have one more goal of winning the Super Bowl in just his second year in the NFL. Next, Burrow and the Bengals may have their toughest test yet – standing in the way are Matthew Stafford, Aaron Donald, and the Los Angeles Rams.