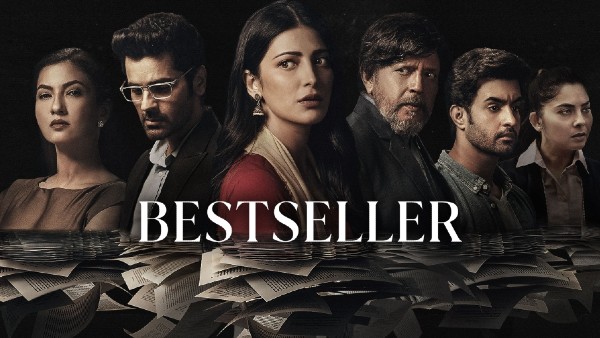 Amazon Prime Video today released the trailer of the much-awaited upcoming Amazon Original Series bestseller. The story of this series full of thriller and suspense takes you on a dangerous ride on screen. Glimpses of Mithun Chakraborty, Shruti Haasan, Arjan Bajwa, Gauahar Khan, Satyajit Dubey and Sonali Kulkarni make the trailer a must watch. The series is an interesting psychological thriller with suspense and drama. Produced by Sidharth Malhotra’s Alchemy Productions LLP.

Directed by Mukul Abhyankar. It will be released on Amazon Prime Video on February 18, 2022. The story of this series is about the author of a bestseller who goes through a mystery and the film is seen taking a dangerous turn in every frame.

Mithun Chakraborty said that my character Lokesh Pramanik in the bestseller is a unique personality with interesting behavior. I really enjoyed playing this role with all his whims. I have also had a wonderful time working with my talented co-stars present in the series. Shruti Haasan said that I saw the script. I have always wanted to enter this space with a female-oriented story and this was an amazing opportunity to play such a character.

Arjan Bajwa says that the story of the bestseller is a story that will keep the audience completely hooked. Each character is very special, guided by the vision of Director Mukul Abhyankar, played with perfection by every talented artist. Sharing her opinion, Gauahar Khan said, “I was probably the first artist to be cast in the team of bestsellers because the producer of the series Sidharth Malhotra saw Mayanka in me. A lot of women identified themselves with this character. Will do

Satyajit Dubey said, “It is the dream of every actor that his work reaches as many audiences as possible. I am very excited about the global release of the bestseller on Amazon Prime Video. It was a complex and challenging role.” Sonali Kulkarni said, “With the bestseller, I am making my digital debut.