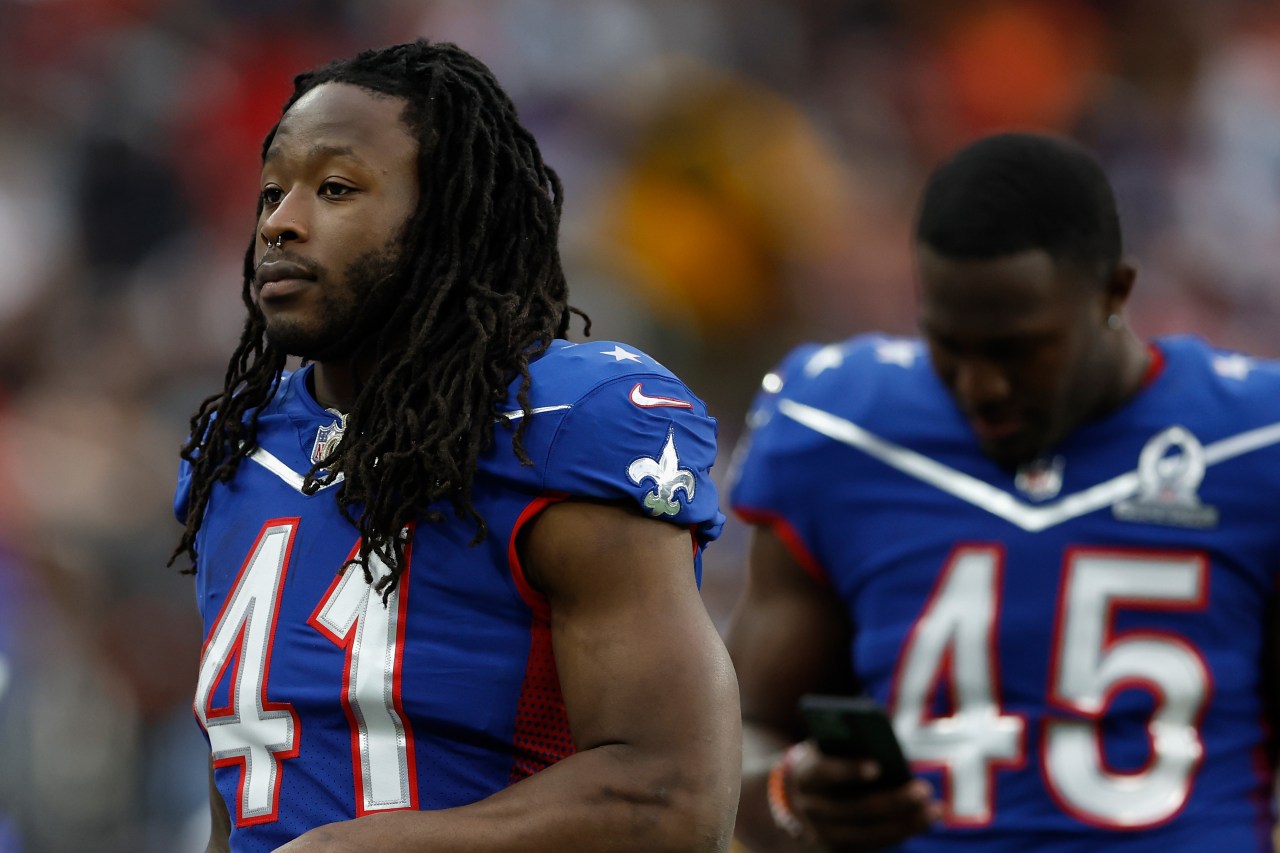 According to the Las Vegas Metropolitan Police Department (LVMPD), Kamara was taken into custody on Sunday after playing in the Pro Bowl at Allegiant Stadium following a report of an incident with the player the previous night at a nightclub.

In the arrest report obtained by CBS Sports, at approximately 5:50 p.m. Saturday, police learned that a victim reported from a local hospital that he had been battered at The Cromwell Las Vegas Hotel & Casino by a suspect police later identified as Kamara.

The report further details the victim, identified as Darnell Greene, was waiting outside an elevator alongside a group of people at The Cromwell at about 6:30 a.m. Saturday when the elevator doors opened. Greene tried to move inside the elevator with the rest of the group when Kamara allegedly put his hand on Greene’s chest and stopped him from entering the elevator.

Greene told police that he pushed Kamara’s hand off his chest, and after was shoved hard and fell over. Greene said he was kicked and punched by multiple people before he lost consciousness. He identified Kamara as one of the men who battered him, police said.

The report says Greene sustained an orbital bone fracture to his right eye, which may require surgery. 8 News Now called Sunrise Hospital in Las Vegas Monday evening and was told that Greene had been discharged.

Police also obtained surveillance video, saying the images verify Greene’s account of the incident, and that it shows Greene was attacked by four suspects, including Kamara.

Police interviewed Kamara inside Allegiant Stadium soon after the Pro Bowl game. According to the report, Kamara told police that he threw a couple of punches at Greene but couldn’t remember if he punched Greene while he was already on the ground.

Kamara also told police that he thought Greene was running away and had done something to his group. However, according to the report, the video disputes that Greene had been running away.

The NFL player was being held at the Clark County Detention Center on a $5,000 bond. He posted the bond and was released on Sunday night. He was set to appear in court on Monday afternoon, but his initial hearing was rescheduled for March 8.