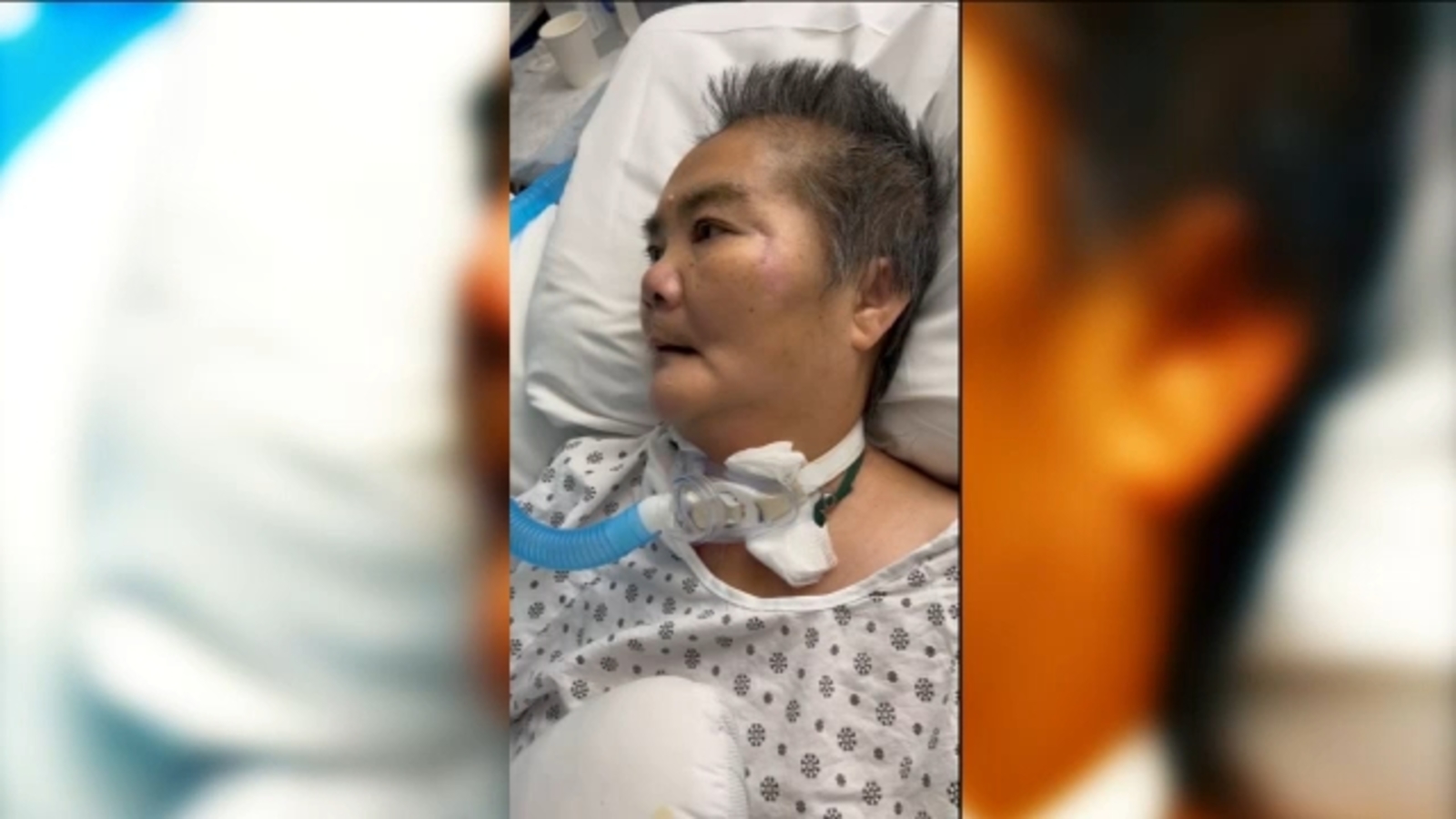 ELMHURST, Queens (WABC) — There are signs of hope for a family in Queens, who’s loved one just emerged from a coma after she was bashed in the head with a rock more than two months ago.

Her deep brown eyes are open, and she can move her right arm and right leg.

The family calls it nothing short of a miracle for Guiying Ma.

The once outgoing, friendly and kind 61-year-old grandmother was sweeping her Jackson Heights sidewalk after Thanksgiving last year when someone bashed her on the head with a rock.

She has since been in a coma at Elmhurst Hospital. Her devoted husband was not allowed at her bedside during omicron, but on Monday, when visitors were cleared again, he received the greatest surprise of all

“In the very beginning, she was sleeping. I called her name. She responded to me,” Gao said. “I asked her to move your hand. She moved her hand. Move your leg. She moved her leg.”

Ma cannot move her left side, but every baby step forward is a huge milestone.

They have a long and expensive recovery ahead. A GoFundMe account has since been set up by their friend.

“Maybe Mr. Gao will have to quit his job to spend more time to help Mrs. Ma to rehab her,” friend Yihung Hsieh said.

A 33-year-old man been arrested for the savage attack. His next court hearing is in April.

“Before this incident, he was arrested 14 times. If he was released again, it’s highly possible he will attack other people again,” Gao said.

It’s not clear if Ma will ever speak again or recognize her beautiful family.

So much suffering and pain for nothing.